Limp-wrist cowards: Conservatives need to stand up and fight.

From a right to life, to a right for free-will, to avoiding bankruptcy. Plenty to do.

Conservatives need to state the obvious. 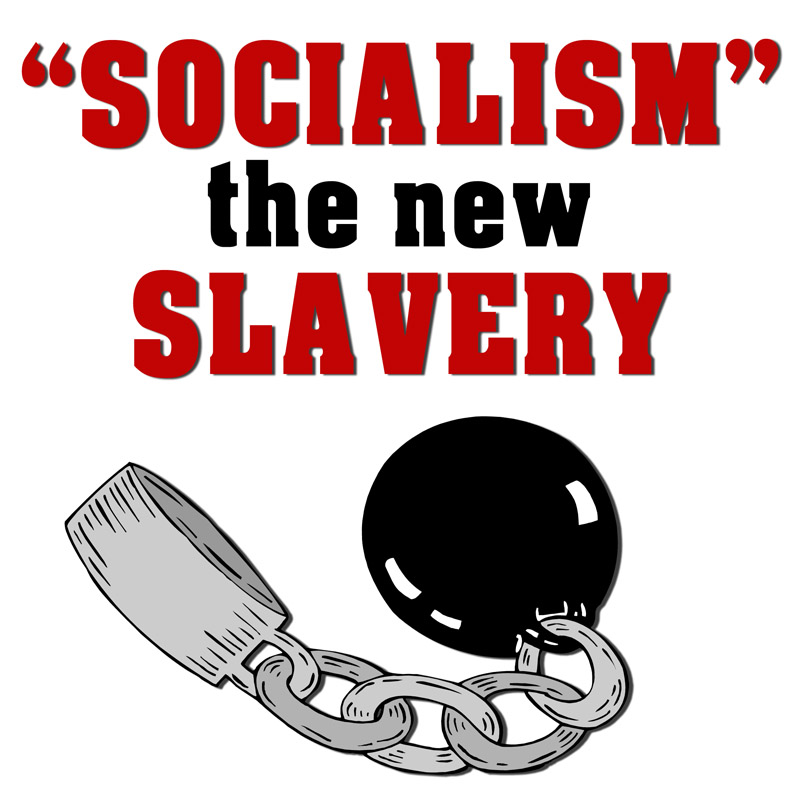 The cult of the state is the world's largest theological grouping. It is not a religion but a cult. A religion will free your mind, body and soul. The cult will enslave. Any communal project – Islam, National Socialism, Statism – enslaves its followers. The communal oppresses and coerces the individual. Free-will and rationality is replaced by blind obedience and ritual. The state as a cult, like all communal projects simply crushes the individual and imposes itself on all matters of life. The balance between an individual's obligations to himself, and to others, has been turned upside down. In modern states the relationship is uni-directional. You support the state as your main obligation. The rest is unimportant.

A simple example is the fetish for socialized health care, in which the government manages all aspects of health-care. The end result is nothing more than the management by the state of your body and health. Imagine if the state socialized the production and distribution of food. State managed health care, whether it is in the US, France or The UK, is not liberating. It is fettering. It is also quite certainly bankrupt, a system which denies price points, resource allocations, access and timely care. All such systems are bankrupt. The derivative of such mismanagement is that too many people end up dying, denied care, treatment and proper access. Or in the case of the US, government-distorted and illogically-architected health care leads to impossible prices, insurance companies avoiding pay-outs and government telling you that you cannot carry your policy across jobs or state borders.

The problem with 'Conservatives' today is that they are wimps. They never call out the 'other side' of the political debate. Too polite, genteel, afraid, mesmerized by the socialist mainstream media, fearful of public unions, bowing to the multi-cult, in denial about Islam....whatever the reasons or subject matter the 'conservative' movement, which is a varied set of ideals, is in the main very cowardly. Few if any 'conservatives' are courageous enough to look at reality and call it what it is.

Romney is an example. He is a hybrid conservative and even in lieu of his reasonably okay debate performances, which were mildly positive, but still rather meek and weak. Too many details, not enough big picture. Romney like all establishment 'Conservatives' appears terrified to call out the Obama – once a god – for what he and his friends truly are: radical Communists and Marxists who want to impose statism on all aspects of US political-economic and cultural life. The entire life story of the Obama is a long march through the madness and stupidity of extreme socialism, including membership with the terrorist May 19th Underground group, with stops at Occidental [Red Moscow], radical elements at Columbia and Harvard, Acorn, community agitation and fraud; and relationships including his marriage, with the radical, lunatic fringe of Marxism and Black power liberation/racist theology. Yet he never gets called out on the obvious imbalance in his psyche, his history, his friendships and his statist program.

For Romney the issue is not 'by what % have oil licenses declined since 2008 Mr. President'? The issue is simpler and addressed to the voters: 'do you want massive, unbridled socialism, government control, and a culture which preaches animosity to all of the ideals and virtues which built the American colossus?' this is what Obama et al. represent – a socialist takeover. It really is that simple. Romney is too weak, diplomatic or mild-mannered highlight and emphasize the obvious. But he should. The issue is not budgetary minutiae, arcane policy, or debating points; but more importantly the actual and visceral annihilation of America by a gang of hard-core socialist thugs.

Romney highlights the limp-wrist effeminacy of conservatives. Romney is a social conservative informed by his faith and good works. This is a positive, especially since he does not impose his social views on others. But he never makes the case as to why JC culture and the doctrine of spirituality build civilization. He is a foreign policy conservative which is positive and means he will support Israel, ignore the Useless Nations, take the fight to 'extremist' Islam, defend the trade routes of the world, and make sure that the geo-political balance supports the West. But he never makes the case as to why these endeavours are necessary, even though they are the basics of any intelligent-rationalist foreign policy. He is most likely a fiscal conservative who understands finance, budgets and productivity. This is extremely positive but he never makes the case why at this point in history, it is mandatory to reduce spending and government size. He does not paint the right picture. It is not about unemployment, or even the $100 billion wasted on green-nonsense each year; but the viability of the US as a state. That is the crux of the matter.

Conservatives allow the lame-brain socialist media, the leftists and hardcore Greenies and Communists set and frame the debate. This is dumb. Most conservatives allow themselves to be shoved around, called names, and mocked. Cowards. This era has to end and end soon. The socialists and Marxists are delusional, suffer from some serious psychological impairments and ignore reality and history, not to mention facts, common sense and JC cultural attributes. If those who are right will not stand up to these statist bullies the implosion of the nation state, in which real debts are 5-8 x the size of any economy will ensure bankruptcy. But long before that point is reached, the culture, the mores, the system itself will have ceased to function and civilization will long be in decline. That is always the legacy of the cult of the communal. Socialized death and destruction.