God is Fear, not Love.

No hell, no punishment? No moral, intellectual or societal order. 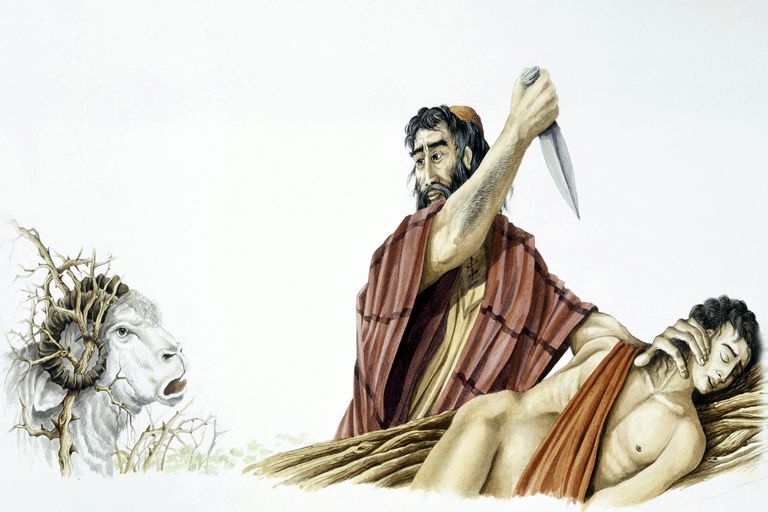 Russell Kirk and Edmund Burke understood why Christianity was the foundation stone for Western Civilisation, a culture and concept which is now fast imploding and unless real faith is revived and rebuilt; will collapse.  They understood why the life, teaching and resurrection of Christ was so vital in the development of society, institutions, and true progress.  Kirk and Burke were two of the greatest philosophers and exponents of reality that our civilisation, now debased and effeminate, has produced.  They knew that truth and wisdom come from a strong belief, an active belief, a participatory belief, in God and most particularly and importantly, a fear of God.  If there is no fear in God almighty, maker of heaven and earth, of all things visible and invisible, there is no wisdom, no societal structure based on truth, and nor moral or even intellectual order.

God is not Love.

The modern Churches are in main becoming useless appendages of the State.  They preach a Beatles melody that God is love, love, love and love is all you need.  It matters not what you do or believe.  Just love.  This is apocryphal, does not comport to the teachings of Christ, nor any of the prophets, is not found in scripture and is not based on common sense, science, or morality.  It is the insipid trumpeting of Thomas Paine’s ‘Rights of Man’, in which we should have unlimited rights, be forgiven for unlimited actions and evil intent, and be petted and patted as if God is the loving grandmother in our kitchen baking cookies and telling us in a soothing voice, ‘It is alright dear, you can do whatever you want, be whatever you want, act in any way, and I will forgive you.  Here eat a cookie.’  The modern approach to Christianity has little connection with Christianity and is a corrupted version of moral relativity and Enlightenment metaphysical madness.

Christ declared that he came with a sword to divide families and generate conflict.  He sought to overturn society and uproot traditional trees.  He said that only through him could you understand and see the Father, God almighty, and that he the Christ, was the portal to the immaterial spirit of creation.  Without a belief in Christ, you do not pass to the Father.  This is clearly stated and demanded.  No amount of ‘love’ will allow you to pass that door unless you believe.

Christ did tell his apostles to ‘love one another as I have loved you’, because they were his disciples who did in part, and only in part, believe in who he truly was and in his divinity.  He also asked his general followers to love their enemies (Sermon on the Mount), to show those who oppose us kindness, in the hopes of converting their hearts and souls, but he never declared that these enemies would be loved by God, accepted and forgiven.  He said nothing of the sort.

Christ preached peace when peace might work, he also preached violence and overturned tables when God was desecrated and abused.  He never preached that love is all you need.  He did preach that based on actions and remorse you might forgive and show mercy, just as you would ask God for mercy and forgiveness, but you must believe in God and act in accordance with God’s wishes, to demand such grace.

The divine Christ was scourged, beaten, tortured and crucified by the pagan Roman and compatriot Jews in the most violent and bloody manner imaginable, an episode confirming the prophecies and written by his own divine Father.  Christ was sacrificed on the exact same day that the Passover lambs were sacrificed in Jewish tradition.  He was the final blood sacrifice to God, paying the ransom of the sins of a wayward mankind who defied and still defies God’s word and intent, who still worship their graven images and idols, who still deny the created world and the miracles of life and of God’s handiwork.  Those who do not believe are never saved.  God does not ‘love’ those who disobey.

And what ‘loving’ Father kills his own son?

How could the Churches preach the happy melody of endless summers of love, when they ignore the wrath, the violence, the omnipotent reach of God?  The Old Testament readings on the Easter Vigil include the story of Abraham going to Mount Horeb to sacrifice his only son, out of fear and obedience to God.  An angel stays his hand, and a ram is offered instead.  Nary a sermon will pick up on the fear of God which compelled a wealthy man to attempt to kill his own son.  Yet on Easter, we have God the Father, condemning and allowing the sacrifice of his only son, even as the Christ cries out, why have you forsaken me?

Where is the love in the sacrifice of Christ?

Christ never rebuked or effaced the Old Testament and its code and prophecies.  He fulfilled them.  He added a new covenant, that amongst Christians, we must love one another, and also love our neighbours be they Christian or not.  But to be a Christian is the message.  That means following the code and rules laid down by God.  It does not mean only love.  Love is an additional stricture added to the commandments and expectations given to Christians by God.  It is not the only and not even the most important part of the covenant.  Fearing God is the most important aspect of Christianity.  This fear leads to a moral order, a structure of thinking and activity, which drives progress and invention and creates a better society.

The First Commandment is very clear, you will have no other Gods, but the one true God the Father.  Fearing his anger is the basis of Christianity.  Disappointing him, the premise of moral order.

The fear of God and Christ’s wrath is what drives both wisdom and ambition.  Christ is the door to the Father.  The Old Testament commandments must be upheld.  The fear of hell and punishment nicknamed Gehenna by the Jerusalem Jews was and is real.  If there is no punishment, there can be no reward.  In any game if there are no losers, there are no winners.  The material energy and physics of the soul must live on.  The immaterial spirit and essence of your soul must live on.  The proofs and the miracles over 2000 years supporting both hell and heaven are overwhelming and far exceed most modern ‘science’ in their detailed evidence.

Why did a wrathful, vengeful God allow the death of his Son?  It was not just to remit and forgive our Sins as a sinful, deviant, unworthy race and species.  It was the great example of what is expected.  Fear God and even kill your own son out of that fear.  Fear God or be damned.  Fear God so you can endure the punishments, torture, pain and crucifixions of this life.  Fear God and follow his commandments and the model of living exemplified by his Son, so you too may partake of the immaterial eternity awaiting those who are blessed and who understand why God and real faith is so important.  Fear God so you too can be resurrected like his son, Jesus Christ.

[A very good compendium of why Christ is the Son of God and the Messiah: https://christiansfortruth.com/proof-that-jesus-is-the-christ-the-promised-messiah-of-israel/]